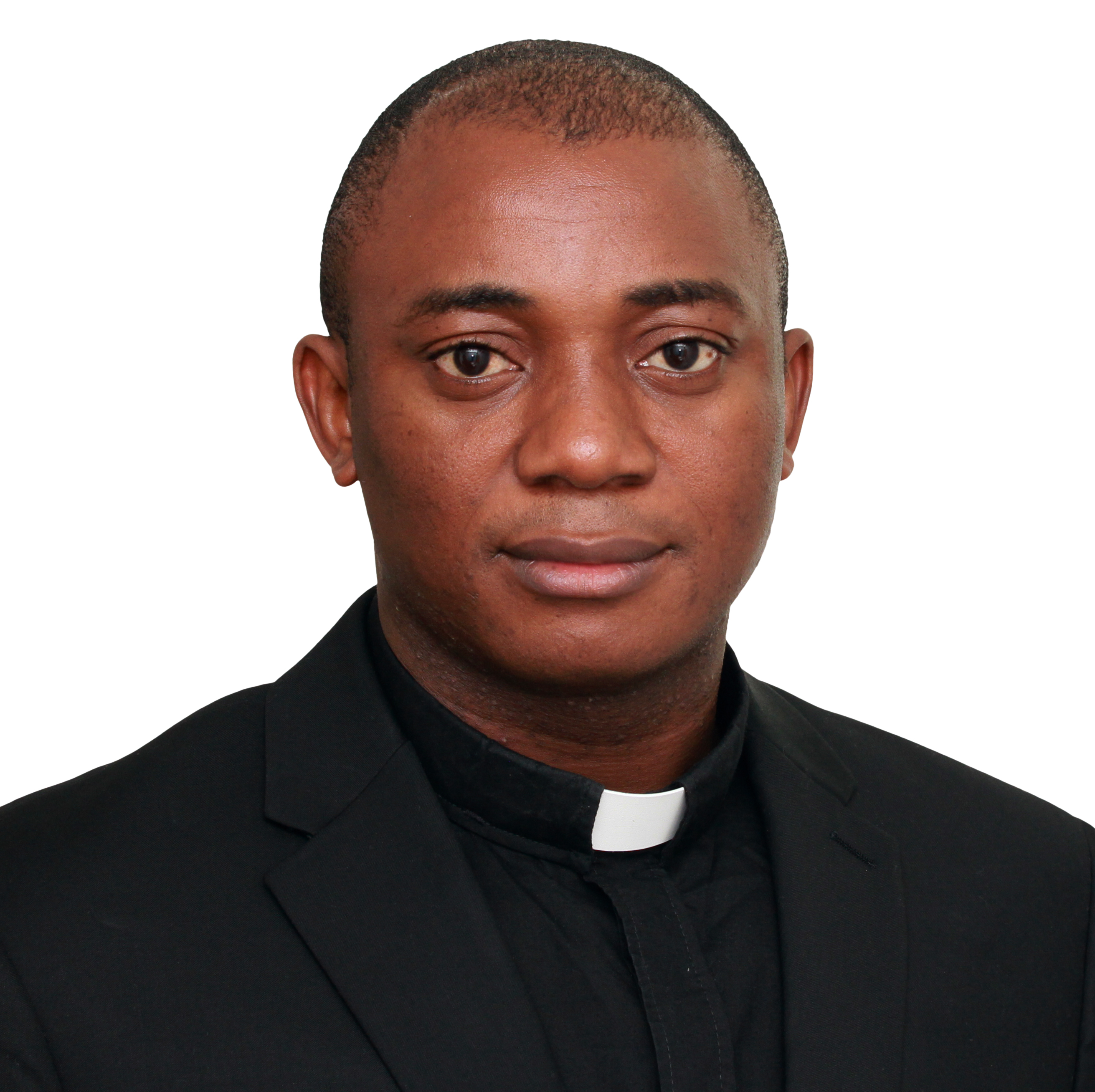 Fr. Chikere Ugwuanyi was raised in his uncle´s house. So, he started life with the experience of how it takes a village to raise a child. His ´siblings´ are thus his biological siblings and his cousins. He was also raised in different parts of Nigeria and, thus, is familiar with how cultures differ and merge into a wonderful mosaic. In 2000, he joined the Society of Jesus having studied for a Diploma in Computer and working in a publishing outfit and pure water company. After novitiate – the school for prayer and inner life (2000-2002), he went to Democratic Republic of Congo for philosophy (2002-2005), then proceeded to United Kingdom for a Masters in the same field (2005-2006). He taught the subject in Arrupe College, Zimbabwe – now Arrupe Jesuit University – for two years (2006-2008). It was in the heart of the economic and financial crisis of Zimbabwe! From 2008-2011, he studied theology at Hekima University College, Nairobi, Kenya – a Constituent College of Catholic University of Eastern Africa. There he was involved in student activities and became the Editor-in-Chief of Hekima Review – the foremost theological journal of that area. He also co-edited a book, Priestly Ministry in Africa, and published over 10 articles in various journals in Kenya, India and UK.

From 2011-2013, he was a Graduate Student of Theology at Jesuit School of Theology of Santa Clara University, Berkeley, California, USA. At the same, he was a Graduate Student of Education at the University of San Francisco. In 2013, he was ordained a priest and was missioned to St. Francis Catholic Secondary School, Idimu, Lagos, Nigeria. He started off as the Deputy Administrator (2013-2014) and then became the Administrator (2014-2017). In August 2017, he was named the Socius of the Provincial of North-West Africa Province of the Society of Jesus – a sort of Executive Secretary of Jesuits of North-West Africa Province. On July 14, 2019, he became the Principal of Loyola Jesuit College, FCT, Abuja.

Fr. Chikere enjoys reading, music and encountering cultures. He has a working knowledge of four languages and understands two others. He believes that good education is a long-haul transformative experience for the individual and a village affair. At his spare time, he reads books in political economy and project management. He lives by the Ignatian dictum ´In all things, loving and serving.´