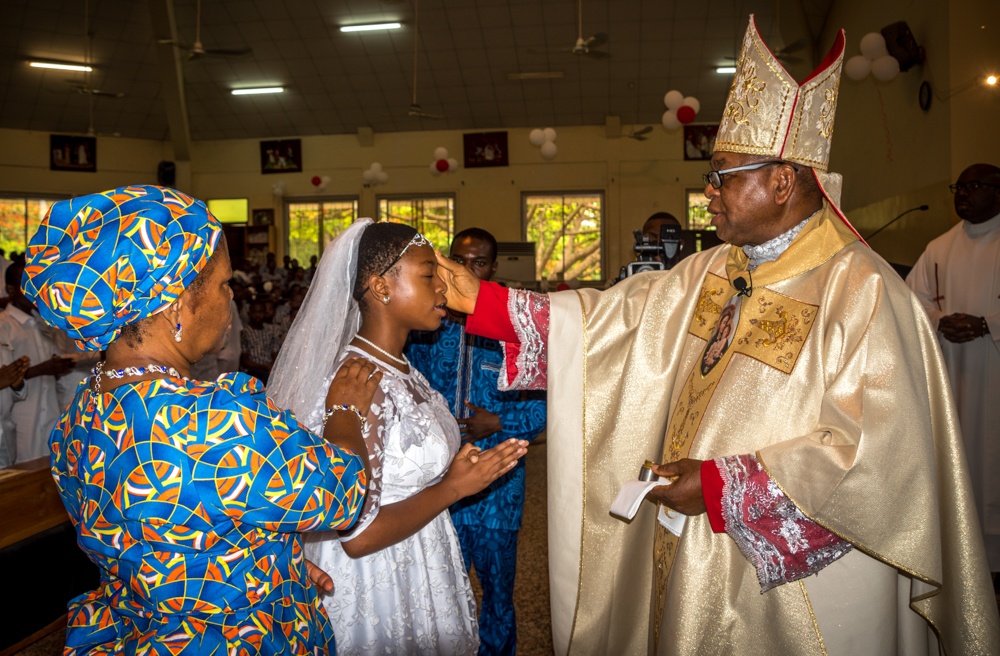 I was not one of the forty candidates seated in front of the Chapel, reverently dressed in immaculate white. However, like many other students, observing the Sacrament of Confirmation accorded me an opportunity to review and renew my own faith.

The take-home message from the homily delivered at the Mass was that neither religion nor race nor ethnicity nor denomination is as important to God as the state of one’s heart. Just as by listening to the first reading we became privy to the promptings and thoughts in Cornelius’ heart, likewise, God sees right through the heart of every man and woman.

6th of May, 2018 marked the culmination of two years of arduous training and catechesis for forty 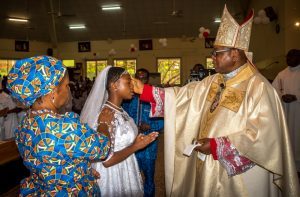 students. Finally, it was their day of confirmation. Many rehearsals preceded the event, and the candidates were ready and prepared like the wise virgins in the scriptures anticipating the arrival of the bridegroom. On the very day, they changed into their white garments and processed into the Chapel at the beginning of Mass presided over by His Eminence, John Cardinal Onaiyekan.

The liturgical dancers, choir, protocol ministers, altar servers and lectors did a great job at animating the Mass. The homily focused mainly on the lessons from the story of Cornelius as proclaimed in the first reading. One of the focal points of the homily was that God has no favourites and He does not regard the trivialities that often preoccupy us as humans – race, denomination, ethnicity, socioeconomic status or and religious belief.

After the homily, the candidates professed their faith. The Archbishop prayed and laid hands on the candidates, anointing them with the oil of Chrism. He also presented gifts to the new confirmands. 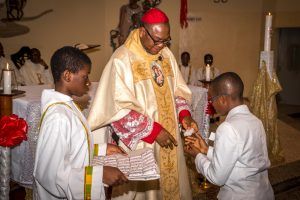 The liturgy of the Eucharist was later followed by a thanksgiving procession for the newly confirmed, who were joined by their siblings, parents and friends. Before the final blessing, the President of Loyola Jesuit College, Fr. Emmanuel Ugwejeh, SJ thanked John Cardinal Onaiyekan for being a true friend of the college and for honouring us with his presence and accepting to administer the Sacrament of Confirmation to the candidates. After Mass, the confirmands had some photo sessions with the Cardinal after which they celebrated with their parents and siblings. The Principal declared the day a visiting day.

As we continue to our various homes and hostels, I hope that not only the confirmands but also everyone present crossed a threshold in their faith. As the Cardinal rightly mentioned, the Sacrament of Confirmation happens only once in your life but true Christianity takes place every day.